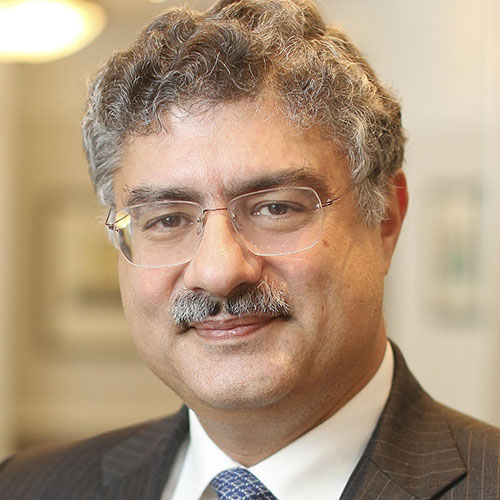 Organisations flourish only when members feel privileged about their workplace

Recently, I was congratulating a friend for having the privilege to work in a professional organisation. I thought he would be enjoying the opportunity to do intricate work to perfection, provide valued service, and have the autonomy and respect that professionals enjoy in society.

But my friend was offended. “What privilege!” he expostulated. “I do everything that is asked of me, still I earn less than several of my peers; I can afford to live only in a modest apartment, and my retirement savings are worth nothing. I am not even getting a fraction of what I am entitled to.”

I felt sad for my friend and for his organisation. Rather than operate in a professional’s world where the dominant logic is one of responsibilities and privileges, my friend was following the archaic employment logic of duties and entitlement.

Here, the contract between owners and workers is that owners offer entitlements, including wages and other employment related benefits, and, in return, workers perform duties so that they can contribute labour in a prescribed manner to ensure efficient production. Owners, often represented by managers, supervise the workers to ensure they are performing contracted duties.

Such organisations tend to be hierarchical: managers act as principals focused on workers’ duties, workers as agents focused on the entitlements they are owed. Not surprisingly, many of these organisations have earned the sobriquet of sweatshops.

Bureaucracies follow the logic of duties and entitlements for a different reason. The state hires public servants and gives them powers to take decisions that significantly affect social welfare. Given the impact of their decisions on the public, bureaucrats must be seen to exercise their powers fairly and transparently.

Thus, their duties are clearly identified. To ensure that the bureaucrats do not gain privately from exercise of their public responsibilities, their entitlements, including emoluments and perks, are sharply circumscribed. So, bureaucrats operate with an acute sense of the scope and limitations of their duties and entitlements.

In professional organisations — law firms, consultancy organisations, investment banks, accounting firms, medical practices, academic institutions, and so on — the strategic asset is not plant or machinery, but human capital. Financial capital is undifferentiated; the skills and capabilities the professionals bring to bear distinguish these organisations. For example, what distinguishes McKinsey from other consulting firms is the quality of its consultants.

In such organisations, the “owners” are the human capital providers. They team together to form a professional organisation and build for their organisation shared reputation, which can be called the ‘brand’ of the organisation. A strong brand translates into a dominant market presence, economic returns, social respect, and professional autonomy.

Not surprisingly, most professional organisations, even some of the largest — the Big Four accounting firms — are partnerships of the professionals. Partners in Ernst & Young, for example, work to strengthen the reputation that the firm enjoys in the market and in public. Its reputation leads to more business from better clients, better quality recruits, and respect that its professionals enjoy in society.

This dynamic can lead to what economists call a ‘public goods’ problem. All members of the organisation benefit from leveraging its brand, but returns from investing in the brand cannot be fully internalised by those who build it. Unless encouraged to contribute, the organisation’s members are likely to under invest in the brand.

Partners in Wachtell Lipton, the most profitable law firm in the world, work collegially on complex M&A transactions, but they also have expectations of one another that they will perform at a very high level and with utmost diligence. Doctors in Aravind Eye Hospital, despite their heavy work responsibilities and modest compensation, feel privileged to be part of an institution that contributes immensely to society.

Unlike in traditional commercial or industrial organisations, there are no bosses and subordinates in professional organisations. Leaders derive their power from rights delegated by members of their organisations and they employ these powers with gentle levers. Harvard University’s president Drew Faust leads through persuasion and dialog, not orders and edicts.

Their key role as leaders is to strengthen their organisation’s culture by ensuring that professionals who have the privilege of membership are also discharging their responsibility of strengthening the organisation. Chairman of global executive search firm Egon Zehnder Rajeev Vasudeva’s principal responsibility is to ensure that partners adhere to the core pillars of its culture: client first, professional character, and one firm partnership.

Whether members or leaders initiate such a dynamic, if it persists, such organisations develop hierarchical structures of command and control, bureaucratic systems that balance rights against entitlements, an antagonistic culture of leaders versus members, and tolerance for mediocre performance through blaming others.

Professionals who bemoan, as my friend was doing, the entitlements they are owed and count meticulously the duties they perform, by their faint commitment do inferior work and consign their organisations to sub-par performance.

A colleague recently told me, “NIRF rankings announcements are coming up. We will have a gala event, like last year, […]

Organisations flourish only when members feel privileged about their workplace Recently, I was congratulating a friend for having the privilege […]

The Union Budget identifies education as one of the key pillars of its agenda. The budget offers support on three […]

Not by Bricks Alone…

The government is investing in building several new IITs, IIMs, and AIIMSs. These institutes will increase the availability of high […]